If you’ve ever traveled to another country, then it should come as no surprise that your favorite orange juice from home and the one you find abroad – despite being the exact same brand and probably even tasting the same – are actually made with completely different ingredients. But apparently, when it comes to products made in the United States and those from the United Kingdom, the differences in these products’ ingredients are actually quite shocking.

American food critic and New York Times’ best-selling author, Vani Hari, otherwise known as Food Babe, decided to put two and two together and explain the differences herself. While some might not be so alarming at first, others will probably have you finding ways to ship your favorite products from one country to the other rather than going back to your favorite grocery store.

As seen in the photo above, the infamous McDonald’s fries are a staple in many people’s diets, mostly because they’re so good. But if you’ve ever seen the movie Supersize Me, then you’ll also know that the fact that US French fries can sit on a counter for over a month yet look exactly the same is incredibly scary. Plus one look at the differences between the US and UK ingredients also tells you that having them overseas is probably a way healthier option then eating them at home.

And French fries aren’t the only food that the two countries have in common. Quaker Instant Oatmeal is another one where, as seen in the photo, have immense differences in their ingredients despite supposedly being exactly the same product.

So the big question is, if they are meant to be the same, then why so many differences between the two? Back in February 2019, one Facebook user, Kacy Birch, decided to post Food Babe’s ingredient comparative photos on her page, saying “Are we going to talk about this yet???” The post went viral and next thing you know, it had almost 10K reactions, over 7K comments and at least 143K shares.

Online publication, Bored Panda, decided to go to the source to get some answers so they reached out to Food Babe herself, Vani Hari, to ask her expertise. And here’s what she had to say.

“Europe takes a “precautionary principle” approach towards food additives that are potentially risky. They ban or add warning labels to these additives for their citizens. The US does not take this approach. It does not remove additives from our food supply until they have been proven dangerous – which can take a very long time and a lot of red tape.”

She added, “Big Food companies will tell you that the European regulators are just being overly cautious, that all of the ingredients they put in their American products are perfectly safe. But are they really?”

She continued, “If a company can get away with using cheaper ingredients, they will. Given a choice, they’ll always opt for the cheaper flavor enhancer, and the cheaper color additive, and the cheaper preservative, even if these cheaper alternatives potentially have a negative impact on our health.”

Aside from some companies using cheaper ingredients, she also talks about brands that use artificial coloring. Apparently the company that makes M&M’s claimed they would remove it from their food many years before, but has yet to make a move. As seen in her IG post, Hari wrote that “In the UK, a warning label is required when adding artificial colors Yellow 6, Red 40, and Yellow 5 that says “may have an adverse effect on activity and attention in children.” That’s why M&M’s uses safer alternatives in the UK, like curcumin from turmeric and carotenes from vegetables. They still use the artificial color Blue 1, because a warning label isn’t required for that particular color, but that doesn’t mean it’s safe.”

She also shared in her interview with Bored Panda that obesity in America is a huge problem. “As I discuss in my book ‘Feeding You Lies,’ the statistics on the health of Americans is downright grim. The U.S. spends 2.5 times more on health care than any other nation and when compared with 16 other developed nations, we come in dead last in terms of health. More than two-thirds of U.S. citizens are overweight and more than 18% of children are obese. After smoking, obesity is America’s biggest cause of premature death. “

Unlike the UK and other countries that are making more concrete moves to switch up their ingredients to healthier options, the United States doesn’t seem that compelled to do the same. Hari explained, “While there are many causes behind these dire statistics, undoubtedly one of the primary causes is the American diet, which is full of risky ingredients that are not used to the same extent in other countries. American food is overloaded with bad fats, way too much cheap refined sugar, and heaps of synthetic additives.”

The author also cited how blind trust can also be part of the reason why people make such big food mistakes when it comes to buying products at the supermarket. She iterated, “Blindly trusting what it says on the front of a food package is a big mistake.”

She added, “Claims like “natural”, “healthy”, “diet”, and “sugar-free” mean very little. Instead, always flip over the product and read the ingredient list. This will tell you the truth about what you are eating. If the food contains any additives or preservatives, ask yourself why they are used and whether they’re really necessary. If you don’t know what an ingredient or additive is or how it can affect your health, put the product back and look for a product made with real food instead.”

Hari, who is a mother herself, also understands that these big food companies know exactly how to market their food products to parents, and they are brilliant at drawing the children in to make bigger sales.

Take Kellogg’s for example, she shared, “When I first saw Kellogg’s new Baby Shark Cereal my heart sank. My daughter, who is 2 years old, loves the Baby Shark song —  and I knew when she saw this she would beg me for a box! These ingredients do not belong in our food — especially for children. This is why I launched a petition two weeks ago asking Kellogg’s to remove the artificial colors, artificial flavors, and BHT from their cereals in the U.S. as they do in other countries. It has surpassed 40,000 signatures and climbing.”

While Hari continues to petition for companies to use healthier ingredients, remove artificial flavors and colors, and be upfront with their marketing strategies, she also uses her platform to help both families and individuals learn how to spot the truth when it comes to food.

If you haven’t followed her yet, head on over to her page @thefoodbabe on Instagram and see exactly how she’s helping others see the light! 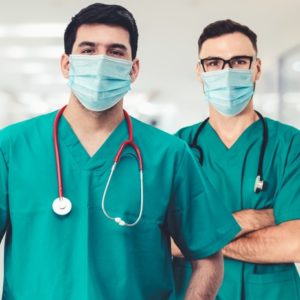 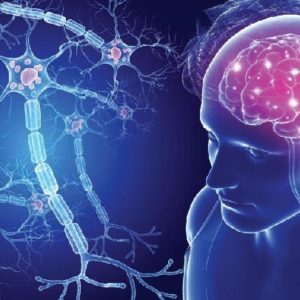 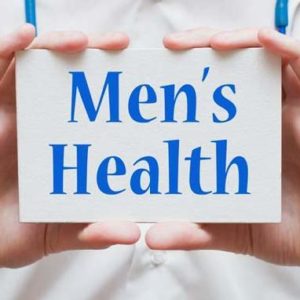 What Symptoms of Common Health Issues Should Men be Aware of As They Age?