Once just a fantasy in sci-fi movies, robots performing work in fast food shops is steadily becoming a reality. The future of automation and artificial intelligence is already here. A Walmart store in California showcased recently a smoothie-making robot which serves the refreshment in 3 minutes or less.

Robotics has been used for some time now, from automated manufacturing shops, to other types of jobs, to robot pets and devices. Fast food establishments joined the bandwagon, with some that have robots flipping burgers – with Miso Robotics’ Flippy. Well, Walmart sort of got to join this trend. A startup company “Blendid” recently showcased its product at the Fremont Walmart in California by opening a stall serving smoothies using a robot.

The kiosk is open seven days a week, and is positioned in a way for contactless orders for a smoothie. The 12-ounce drink is ordered and then whipped up by the robot. And it just takes at most 3 minutes for it to be served. Blendid CEO Vipin Jain explained how it works. He said that customers use an app scanning a simple QR code at the kiosk or through the Blendid app to order. And an impressive thing is, this A.I. remembers your taste preferences!

Vipin Jain said, “Consumers use their cellphone to order by scanning a QR code at the kiosk or via the Blendid app. They browse our menu of smoothies  made from whole fruits and vegetables. Once they select a drink, they customize it to their personal taste and health preferences, by modifying the amount of each ingredient as desired. Then they place their order, and Blendid robot gets to work preparing their drink. Once the drink is ready, they receive a text with instructions for a contactless drink pickup. The robot serves the drink to them when they confirm the pickup.”

It may not be a big thing having a smoothie-making robot, but the fact that Walmart automated a kiosk in one of their stores in California signals a rise in a trend in automation. It was previously reported that Walmart was looking to replace all cashiers and standard conveyor belt lines from its stores, and is testing a pilot in one of its superstores in Fayetteville, Arkansas. CNN also reported before that several grocers, whether big or small chains, are turning to robots for various tasks like stocking shelves, cleaning floors, and delivering groceries to shoppers. Trends like this could make big online retail warehouses like Amazon consider investing more into automated technology.

But there were several businesses before Walamart to invest in automation. Some of the more popular restaurant chains using automation include McDonald’s, Wendy’s, KFC, Arby’s, Dunkin’ Donuts, and Panera, according to Business Insider. Last year, McDonald’s announced they would begin using automated fryer robots throughout their branches across the globe. Former USA CEO Ed Rensi said in an interview, “It’s cheaper to buy a $35,000 robotic arm than it is to hire an employee who’s inefficient making $15 an hour bagging french fries.” Surely this statement must not have been popular with their employees. Nobody wants to lose their job to a robot.

But robots are not just planning to take over restaurants, a McKinsey Global Institute report indicates that  about 800 million careers will be lost to automation by 2030. Included are doctors, lawyers, lournalists, accountants, and more. The report concludes that people will have to learn new skills or find other jobs. Similarly, a report by the University of Oxford suggests a robot job apocalypse is predicted to affect about 47% of US jobs, replacing people with A.I. over the next 15-20 years. And, the current pandemic may find workers replaced much more rapidly, particularly jobs that require physical contact with customers.

It seems the future isn’t so bright for human workers. Another report, by the Association for Advanced Automation, showed the different ways that artificial intelligence is being used in different industries to combat the coronavirus. Oxford Economics  published its own report warning that increasing technological advances in automation, artificial intelligence, engineering, energy storage, and machine learning, may displace at least 20 million workers this 2020 throughout the 2030s.

There are many of those who believe that automation is starting to replace humans at different jobs in various industries. And definitely the pandemic is really working against humans. More and more people are losing their jobs, and eventually industries will turn to automation to replace these workers. The Brookings Institution recently reported that “any CV-related recession is likely to bring about a spike in labor-replacing automation…Automation happens in bursts, concentrated especially in bad times such as in the wake of economic shocks, when humans become relatively more expensive as firms’ revenues rapidly decline.”

However, having said this, we should not panic about automation. The current pandemic is giving us enough problems and worries. While many believe that automation will eventually take over some jobs, humans are flexible and resilient. We have encountered a lot throughout history…and we are still here. 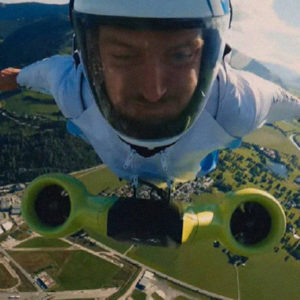 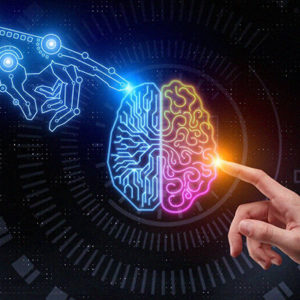 The Significant Role Of Enterprise AI In 2020 And Beyond 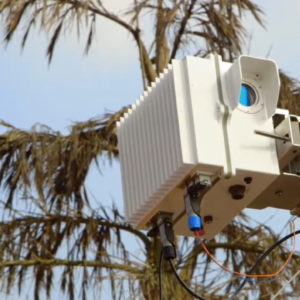