There are just way too many cruel and heart-wrenching videos and photos of owners abandoning their beloved pets. Luckily, here is one that had a happy ending he finally deserved.

A terrifying video went viral earlier this year showing a disabled dog being abandoned on the side of the road by his owner, which left millions in anger and disgust. The video was taken in Sao Leopoldo, a city in Rio Grande do Sul, located in the south of Brazil. This heartbreaking video that was believed to be recorded in the beginning of 2020 shows a white car parked in a deserted road with the woman getting out while dragging a poor, white dog that only has three legs with her. After cruelly and heartlessly shoving him out of her car, she drives away without looking back. Millions were deeply affected and left in tears upon seeing this video.

Thankfully, after the video went viral, people from the animal charity Patas Guerreras were able to identify this three-legged dog, took him in and named him TinTin. Later on, as if the gut-wrenching video was not enough, people further found out that TinTin was actually abandoned twice on that very same day.

The first time his owners dumped him, a woman found him on the street believing he was lost and brought him back home. But, his inhumane and cold-hearted owner just couldn’t care less and dumped him all over again later that day.

So when someone else found this poor dog walking aimlessly, he decided to take him to the animal shelter. Later on, another video on TinTin emerged on Twitter being cared and loved for by the Patas Guerreras staff. Not only was TinTin rescued from living in the streets, but in no time at all, this handsome puppy found a new home with a loving family.

The charity that took in TinTin said that he’s doing ‘exceptionally well’; especially after all those terrible circumstances he had to live through when he was abandoned, twice. They also shared that he is now living with his new owners that constantly shower him with TLC, which is exactly what he deserves.

To the relief of the whole social media world, police officers were able to locate TinTin’s previous owners and they admitted to abandoning this poor, undeserving pup. Head of the Secretariat of Animal Protection in Sao Leopoldo, Anderson Ribeiro gave this information to the police who further investigated the case on the charge of animal abuse, calling on witnesses to testify. Animal abuse penalties in Brazil ranges from jail time of three months up to a year and a fine.

Despite everything TinTin went through, he is now living his happily ever after with his new owners. It’s amazing to see the happy ending of this story where TinTin is lazing about comfortable in his forever home with a loving family. 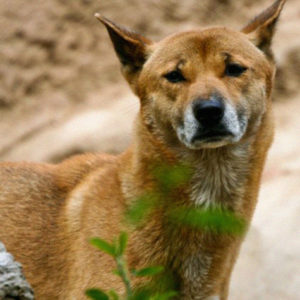 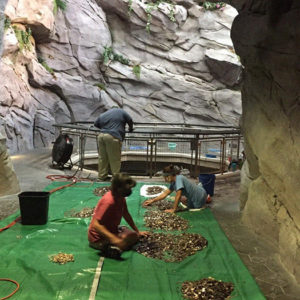 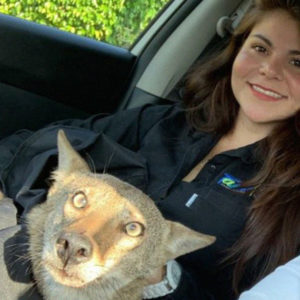