Recycling has already been a tricky process. People have searched for ways to repurpose and recycle old plastic bottles. May have been successful at it, but improvements can also be made. Are there better and safer ways to break down plastic bottles?

Experts and researchers from all four corners of the globe have been looking for more efficient means to recycle. And now, there may be a better option, one that is found in nature. Should this happen, recycling will be better for the entire planet.

A French firm has discovered the new method and has managed to take an enzyme that’s found in decomposing leaves. They tweaked it in order to give it the ability to decompose plastic instead. Right now, they have managed to open a demonstration plant. This is where they are showcasing and demonstrating their recycling process. They want to show the guests that they are able to achieve the goals that they have predicted 18 months before.

In the past, there were a lot of obstacles that have prevented people from gaining full control of the plastic pollution issues that the world is plagued with. There’s mechanical recycling. While it works, it also is expensive to run. This poses as a problem because the market demand for costly recycled plastic isn’t as high. The plastic collection activities around the world are still under 25 percent. And there are some plastic polyesters scattered about that remain without a recycling method to use.

GNN made a report about this in 2020. They expounded on the technology from Carbios and said that it has the ability to solve many of these conundrums. They’re positive about the fact that their demonstration plant will win over the support of big conglomerates such as PepsiCo, L’Oreal, and Nestle.

At the new Carbios plant in Clermont-Ferrand, they built a reactor roughly the size of a cargo van. This means that it comes with the capacity to process around 100,000 ground up plastic bottles in just 10 to 16 hours. This equates to around two tons of ground-up PET (polyethylene terephthalate), which is the most frequently found form of plastic bottle in the world.

The machine plant is able to break down the polymers, which are long complicated molecules, into monomers. These are the smaller and simpler building blocks. They separate the two major components of polyethylene glycol from terephthalic acid in just hours. This was what they have been saying last year.

This enzymatic method has one big advantage over mechanical recycling. With this, the end product of plastic monomers is actually far closer to the original material manufacturers utilize with petroleum to create new plastic bottles. This is so much better than using chopped-up plastic for this.

Carbios will make improvements on the upcoming industrial-size plant forecasted to open 2025 with the use of the experience they garnered at this plant. The fact is that their recycled plastic monomers are more costly than mechanically-recycled plastic. The advantage, however, is that the method has the capability of reducing the greenhouse gas emissions by as much as 30 percent. Credit can be given to the reduced reliance on heavy industry. This will be a big come-on to corporations who want to show the world that they are taking careful measures to be as environmentally responsible as they can.

As enzymatic recycling moves forward as a form of technology, a chance for plastics made from more complex materials such as polypropylene, or those that are in artificial clothing, would in time be addressed. 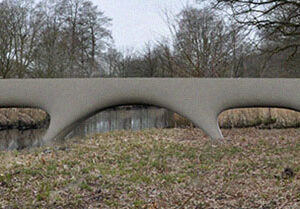