While it is common that things which are beneficial to the environment are also good for people’s health, it is very rare that an activity most people enjoy is good for both. The very thing our parents warned us about, staying online and playing games, seems to be the thing that helps the environment the most. And, as we face an increasing number of dangerous bugs, it is now also good for both personal and public health.

Ironically, this benefit to nature didn’t come from a victory of common sense over consumerism, but rather an utter loss. In the developed world, which is the main polluter of this planet, basic needs can now be met digitally, and an increasing number of people are turning to digital entertainment instead of wasting nature.

Decreased traffic means less automobile pollution. And, while online games do require some energy consumption and waste heat, this is nothing compared to what we used to produce in malls, arcades, and still produce in stadiums.

Humans are a peculiar animal. We only see the bigger picture if there is something to plunge us away from our comfort zone. It was a global pandemic needed to show us that we can, in fact, work away from the office and need only a close net of friends to stay entertained.

Commutes are reducing and with it pollution. And, when we are less concerned with the public appearance we become less wasteful of the resources that we have. We still want things that make our life easier, but nobody cares about being flashy during the quarantine. Quite the opposite, self-proclaimed celebrities that tried to showcase their wealth and influence are widely being chastised, for the first time since a national celebrity even became a thing.

It was often said that the World can afford everyone’s needs, but not everyone’s greed. And now that we don’t need that many people for our most wasteful need, self-affirmation, we are instantly seeing the benefits.

Two realizations came from the command to stay at home.

First, we realized that most people can work from home and that the ‘corporate lifestyle’ is nothing but a power-trip of those who want to be socially above others. We are usually even more productive because we don’t need to spend an hour driving to work every day.

And second, life in a shoebox apartment downtown is only glamorous on paper. Those living in the country were able to go to their yard, take walks in the woods, and enjoy a lot more space with their friends and family. In the city, we are blocked and disconnected from both people and nature, all in hopes of some opportunity that we could’ve easily found online.

We don’t even need downtown to have fun. Even for adults, a sleepover with your friends after a night of games and chatting is more fulfilling that public intoxication for the viewing pleasure of strangers.

You might be dazzled by the lights of Las Vegas, but those who want to feel the thrill of wagering, either on games or sports, don’t seem to care about all of that power consumption. During quarantine, a lot of people switched to online gambling, and while the grand winners of these games are often anonymous, they are still there.

Unlike all of the fluff in Vegas, your phone only uses about 2KWh per year. That is the same as a single slot machine in a brick and mortar casino in a day. This reduction means that less coal and oil needs to be supplemented into the power grid. Thus, an increasing percentage of energy is coming from renewable resources.

There are two types of gamblers: those who know patience, and those that run out of their money quickly and then learn patience. With the increasing number of citizens trying out online casinos and games, the learning curve for this essential life skill has skyrocketed.

Similar to gamers and sportspeople, gamblers try to find out the optimal solution and when it’s the time to act, or if you should fold and cut your losses.

This approach is remarkably beneficial to the environment. Patient people are more mindful about their surroundings, don’t waste time and money on things they don’t need and take the time to clean behind themselves.

For all the things we imagined to be good for the world around us, few predicted that slaying monsters as an elf or hitting jewels in a spinner game would be one of those.

Although the first reaction of the society at large when we found out that more people are gambling online was fear of addiction, that doesn’t seem to be the case. Without anyone to go after them, online gamblers see this as a sort of entertainment and don’t invest too much of their money.

Only after a while, we realized that with an increasing number of people turning to online entertainment is very beneficial to the environment. Less power and less physical goods are being consumed, lowering everyone’s carbon footprint.

‘’Dolphins have returned to Venice’’ has maybe become an online meme, but one that is based on a true story, and probably a viable solution for the future of humankind. 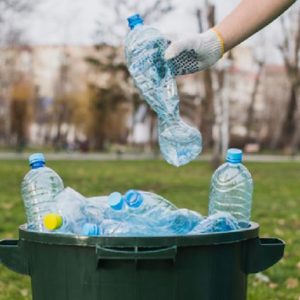 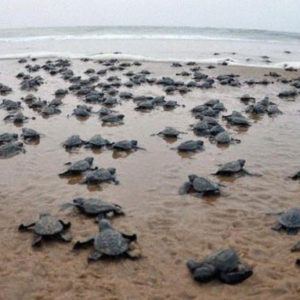 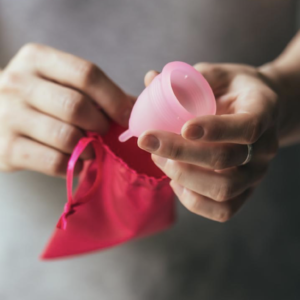 Why Every Woman Should Try This Environment-Friendly Product