The United States is still reeling from the deaths of Breonna Taylor, Ahmaud Arbery and George Floyd, and the public is demanding justice. Protests began on May 25 with protestors clamoring for law reforms, justice for Floyd and all the other innocent men and women that have died at the hands of incompetent police, and these riots haven’t totally stopped. What people truly want is an end to is police brutality and for government to acknowledge the lack of actual transformative change when it comes to the nature of law enforcement on every single level.

But many wonder, what will actually make the police force change their ways? New York lawmakers propose a brand new revolutionary insurance bill that they believe will have police officers thinking very hard before they decide to brutalize civilians, by making them pay directly out of their paychecks.

This particular bill has been proposed by State Sen. Alessandra Biaggi (D-Bronx), who has chosen to introduce the bill. According to the New York Law Journal, this bill “would hold all officers across the state personally liable for their actions while on duty by requiring them to obtain insurance policies that would cover civil lawsuits filed against them in case they are taken to court for excessive force or other abuses.”

Sen. Biaggi shares that it’s her hope that this proposed bill “would create a firm disincentive for police misconduct and end the impunity that officers enjoy in favor of real financial accountability.”

Apparently under the present law, any officer that faces a lawsuit is given representation by a local law department, which taxpayers actually pay for regardless of the verdict or the settlement.

But under Biaggi’s proposed bill, cops would be the ones required to get their own liability insurance which would then cover any claims for acts “during any period of time that such officer is performing duties within the scope of employment.” But despite these particular costs to the police officers, local government would still be made to pay for the basic insurance policy in order to pay for any tort litigation costs.

The New York Comptroller’s Office shared in a report that the NYPD tort claim settlements were as high as $230 million alone for the Fiscal Year 2018. Incredibly, the New York Post also shared that this was only for 6,472 cases of “alleged wrongdoing” or “alleged misconduct.”

Sen. Biaggi explained, “While taxpayers bailout law enforcement who engage in misconduct, those same officers too often evade meaningful accountability.” And this is why her proposed bill for requiring cops to pay for their own liability insurance in order to dissuade wrongdoings or transgressions shouldn’t come as a surprise.

She went on to say, “Officers who have misconduct claims brought against them may see their premium go up and will be required to pay those costs. The purpose of this bill is to establish a financial disincentive for police misconduct and create accountability for abhorrent behavior.”

New York lawmakers also support another revolutionary bill. This one will also require police officers to lose their retirement benefits and state if they are dismissed for “serious” acts of misconduct.

Senator Luis Sepulveda (D-Bronx) explains, “We are at a pivotal moment for anti-racist and police reform, and it is clear that law enforcement officers must face greater accountability.” He added, “Taxpayer dollars should not be funding public benefits for state employees who commit heinous or illegal actions,”

Advocates for police accountability have been pushing for mandatory police liability insurance for officers for some time. Anywhere from “leftists to libertarians” have been in support of this “common-sense way”, mostly because they believe that police officers are getting away with abusing their authority and not having to be accountable since they are not financially liable for the fallout.

A law Professor at Northern University, Deborah Ramirez, told NPR “If you were [were] a reckless driver, if you engaged in multiple instances of drunk driving or hitting civilians or motor vehicle homicides, your premiums would go sky high. And you would be priced out of driving. Similarly, officers who engage in reckless or dangerous behavior can be priced out of policing by high premiums that reflect the actual risk that they post to us.”

“The liability insurance approach would also act as a sort of early-warning system,” she added. “[W]e need some independent risk assessment here. Because they are public officers, because they do carry a badge and a gun, they should be subject to some risk assessment score card.” Ramirez went on to say, “And if the police won’t create it – because it’s very hard for the police to police themselves – then insurance companies can, and they do that in a number of contexts.”

It seems strange that nurses, doctors, lawyers and even hairdressers are required to have personal liability insurance in their type of work, but police officers are not.

Meanwhile, when it comes to the idea of mandatory insurance for individual officers, it has been blocked in a number of places where the police are at fault for the murders of innocent men and women like in Minneapolis, where George Floyd was killed – which then caused the riots in the first place. Professor Ramirez also feels that it’s because of the cop unions that have protected these police officers for years, relieving them from any type of accountability when it comes to police brutality cases.

Ramirez exclaimed, “It hasn’t become a reality because we have very politically powerful unions for whom this is something they care about a lot. They want to be totally immunized from any responsibility – financial or job responsibility – for dangerous, reckless policing … But the moment is different now. The political calculus has changed.” She also shared, “This is a moment when real reform can take place.”

But the real question remains, will lawmakers listen? 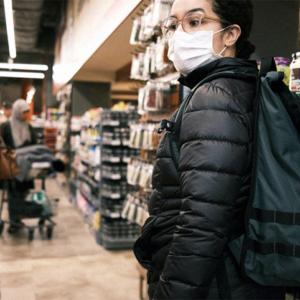 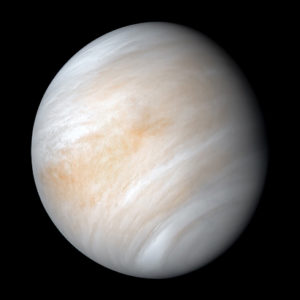 Scientists Have Stumbled Upon Possibilities of Extraterrestrial Life In Venus