Apparently one man still had his dreams come true even after he had sadly lost his life during the 9/11 terror attacks. 9/11 terror attack victim, 29-year old Chad Keller, was just 6 years old when he knew that his lifelong ambition was to become an astronaut and one day make it into outer space.

Unfortunately for Keller, his vision didn’t meet the military requirements needed to become a fighter pilot. So he decided to take up a degree in aerospace engineering, believing that one day he would still make it up into space.

Eventually, Keller became a satellite propulsion specialist for the U.S. Department of Defense and National Reconnaissance Office. On September 11, 2001, after a number of launch meetings at the Pentagon, he happened to be on the American Airline Flight 77 while on his way home to California, when the plane crashed into the Pentagon at 9:37 a.m.

Sadly, like thousands of others, he lost his life that day. But incredibly, his dreams didn’t die with him. Despite the fact that his dream came true 20 years after his death, still, it was fulfilled all because of the kindness of one man.

Former Navy SEAL platoon commander, Chris Cassidy, had completed two tours in the Middle East after the death, destruction, and worldwide change that occurred after the terror attacks on 9/11. By the time that his second deployment was coming to an end, he started training at NASA to become an astronaut.

During his career with NASA, he was a crew member on the infamous Endeavor shuttle back in 2009, was part of 10 spacewalks, and also did two tours on the International Space station.

Cassidy explained that NASA allows astronauts to bring a couple of small items like patches, photos, or pins when they travel into space on their missions. During his first two trips, he mostly brought mementos of his family. But something changed after he visited the September 11 Memorial & Museum in New York City. That’s where he saw Chad Keller and his story, as well as read about Keller’s dream to one day go into space.

So when Cassidy was set to head up into space for his last mission 2020, he knew exactly what he wanted to do, which was to make Keller’s dream come true once and for all.

Cassidy found a way to get in touch with Keller’s farther, Richard. He told him about his upcoming mission, asking if the dad would allow him to bring Chad along for the ride. Of course, Richard was ecstatic, giving Cassidy an enthusiastic “Yes!”

So in April of 2020, alongside his crew, Cassidy carried with him not only some of Keller’s ashes, but he also brought a photo of Chad and his wife, some pins from Chad’s school days at the Boeing and the University of Colorado, as well as the program from Chad’s memorial service. Moreover, he brought some commemorative items from the 9/11 museum to make it even more meaningful.

During this mission, Cassidy took photos of every item he brought, taking photos from the space station’s observatory cupola with the earth as his background. He also chose to send out messages of hope and love with the photographs he took.

Cassidy told CNN, “With each item that I pull out, I always pause for a second to think a little bit about the story to that particular item. It’s kind of special to think about the story and the path, the journey of that object from the hands that it was in to my hands to this window.”

For the twenty years after Keller’s death, his family’s mission was to scatter their beloved Chad’s ashes in places that he loved the most. And thanks to one kind-hearted astronaut, they were able to fulfill Chad’s biggest dream, which was to go into space.

Despite never having met in person, Cassidy and the Keller family now share a special bond that has brought them together in a very special way. It shows that despite tragedy, there is still hope and the kindness of the human spirit where people can come together for a common goal of making dreams come true.

Cassidy also shared in the CNN report, “The world would be a better place if every human being got five minutes to look out that window of the space station. It made me more appreciative for everything that Earth offers to us. Friendships, connections, and shared experiences are all that much more meaningful to me now.” 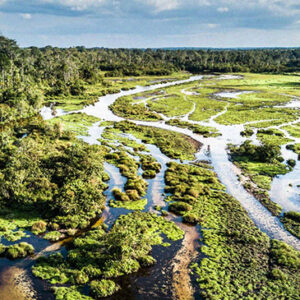 Charitable Couple Gives $100 Million To Protect And Preserve 57,000 Of The African Protected Areas 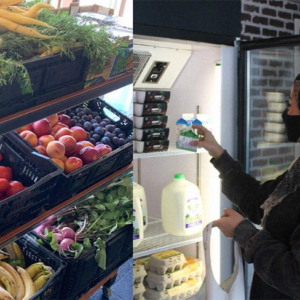 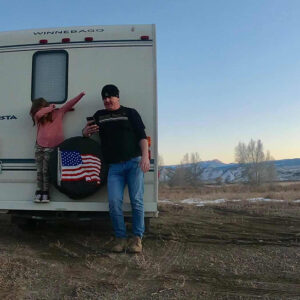