It might sound crazy to compare a black hole with a tiny human, but apparently they have more in common than you’d think! While they vary in every other aspect possible, they are quite alike when it comes to eating due to their incredibly messy ways. Yup, they both happen to leave behind an unforgettable trail of crumbs behind that proves that someone or something just finished a meal.

Unlike toddlers though, giant blackholes leave major trails of evidence of what it happened to devour. In their case, when they eat up stars – which they do – they actually leave behind what astronomers refer to as “tidal disruption event.” What this means is that when a star is shredded apart, there is also an immense eruption of radiation that’s able to outshine the light of all the stars within the black hole’s host galaxy combined for months, possibly for years even.

Postdoctoral research associate from the University of Arizona Steward Observatory, Sixiang Wen, led a group of astronomers to use the X-rays released by a tidal disruption event that was named J2150 so that they could make the beginning measurements for the black hole’s mass and spin. They explain that this black hole is considered a particular type of intermediate-mass black hole, which has managed to dodge scientists’ observations for quite some time.

University of Arizona professor of astronomy and co-author of the paper, Ann Zabludoff, shares, “The fact that we were able to catch this black hole while it was devouring a star offers a remarkable opportunity to observe what otherwise would be invisible. Not only that, by analyzing the flare we were able to better understand this elusive category of black holes, which may well account for the majority of black holes in the centers of galaxies.”

The authors reanalyzed the X-ray data that was used to also observe the J2150 flare, comparing it with other sophisticated theoretical models. What they discovered was that this flare did arise from a clash between a star that was also devoured by an intermediate-mass black hole. Although the intermediate black hole that was being observed was one of particularly low mass when considering black holes, only weighing around 10,000 times that of the sun’s mass.

Wen explained, “The X-ray emissions from the inner disk formed by the debris of the dead star made it possible for us to infer the mass and spin of this black hole and classify it as an intermediate black hole.”

There have been numerous tidal disruption events that have taken place in the centers of large galaxies that contain supermassive black holes. Meanwhile, a handful of these have also been seen in the centers of small galaxies that could possibly have intermediate black holes. But former data has never been as detailed as it is now to prove that ‘individual tidal disruption flare was powered by an intermediate black hole.’

As explained by another co-author of the study and senior lecturer at Hebrew University in Jerusalem, Nicholas Stone, “Thanks to modern astronomical observations, we know that the centers of almost all galaxies that are similar to or larger in size than our Milky Way host central supermassive black holes. These behemoths range in size from 1 million to 10 billion times the mass of our sun, and they become powerful sources of electromagnetic radiation when too much interstellar gas falls into their vicinity.”

Notably, the mass of these black holes is parallel with the total mass of their host galaxies, much like how the bigger galaxies host the biggest supermassive black holes.

Co-author of the study, Peter Jonker of Radboud University and SRON Netherlands Institute for Space Research shares, “We still know very little about the existence of black holes in the centers of galaxies smaller than the Milky Way. Due to observational limitations, it is challenging to discover central black holes much smaller than 1 million solar masses.”

“Therefore, if we get a better handle of how many bona fide intermediate black holes are out there, it can help determine which theories of supermassive black hole formation are correct,” Jonker says.

Zabludoff also explains that they were intrigued by the measurement of J2150’s spin that they were able to get. This measurement is what holds the clues to figuring out how black holes grow, as well as to particle physics possibly.

Zabludoff also shared that this particular black hole spins quite fast but still it is not the fastest possible spin, which makes them wonder how exactly this black hole got a spin in that particular range.

She shares, “it’s possible that the black hole formed that way and hasn’t changed much since, or that two intermediate-mass black holes merged recently to form this one. We do know tha the spin we measured excludes scenarios where the black hole grows over a long time from steadily eating gas or from many quick gas snacks that arrive from random directions.”

Additionally, astrophysicists can now test their hypotheses about the nature of dark matter due to the spin measurement, which is what scientists believe makes up most of the matter within the universe. Dark matter is thought to consist of unknown elementary particles that are yet to be seen within laboratory experiments. Stone also explained that ‘among the candidates are hypothetical particles known as ultralight bosons.’

He explained further, “If those particles exist and have masses in a certain range, they will prevent an intermediate-mass black hole from having a fast spin. Yet J2150’s black hole is spinning fast. So, our spin measurement rules out a broad class of ultralight boson theories, showcasing the value of black holes as extraterrestrial laboratories for particle physics.”

Astronomers believe that in the future new sightings of tidal disruption flares could lead them to fill the gaps of the black hole mass distribution. At least this is the hope of the authors of the paper published in The Astrophysical Journal.

Stone went on to say, “If it turns out that most dwarf galaxies contain intermediate-mass black holes, then they will dominate the rate of stellar tidal disruption. “

Wen added, “By fitting the X-ray emission from these flares to theoretical models, we can conduct a census of the intermediate-mass black hole population in the universe.”

Before that can happen, researchers need to observe more tidal disruption events. This is why astronomers are hopeful for newer telescopes, both for observing on Earth and in space such as the Vera C. Rubin Observatory which is also known as the Legacy Survey of Space and Time or LSST. They believe that this will help them discover thousands more tidal disruption events annually. 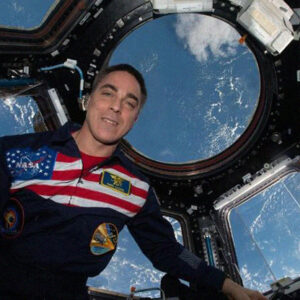 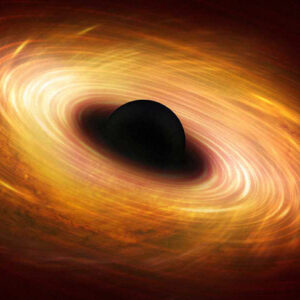 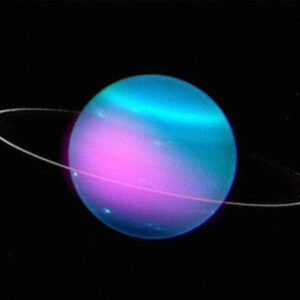 For The Very First Time, Scientists Find X-Rays Coming From The Planet Uranus