It is widely known that there are rogues in uniform, particularly the men in blue. Many have heard or seen for themselves police abuse and brutality, which has led to wide unrest and protests all over the country. But it’s not just all about police brutality, there lurks a more sinister villain, the predator.

Recently, a Florida police officer has been placed on administrative leave after he was exposed sending lewd messages to a young girl. It was confirmed by the Clay County Sheriff’s Office that a cop assigned to the Clay County School District had been placed on administrative leave following a Facebook Live video of a man confronting the officer for his inappropriate text messages to the man’s 14 year old niece.

The man was by no means just an ordinary citizen, he is Nathan Waits, president of the citizen watchdog group “Waits List” which is an organization that exposes would-be pedophiles and child sex offenders by pretending to be children on social media. Waits List considers itself on its website, to be “a group of professionally trained individuals located out of Jacksonville, FL.”

The would-be predator cop has been identified as Allan Reese, a Clay County School District police officer working at a local elementary school. In the dramatic video, Waits angrily confronts Reese over the text messages.

“You know my 14-year old niece,” he tells the cop. “You know, the one you want sexy bikini pictures from? The one you wanna wrestle and meet at her parents’ house when her mother is not home? Do I need to pull up the chats?” Waits continues, “ I’ve got her phone right here, so what are we going to do about this?You’re a L.E.O. Are you kidding me? Do you think that’s inappropriate, to ask her for sexy bikini pics?”

The video shows the officer, who was wearing facial covering, visibly stunned throughout Waits’ accusations. Waits angrily continued, “You’re a disgrace to LEO! I back the blue, I work with law enforcement constantly. You’re a disgrace. You should take that badge off,’1042’, take your belt off and take your a** home.”

Waits also claimed that the group had previously attempted to share the illicit messages with a detective from the Clay County Sheriff’s Office (CCSO), back in October, to no avail. The group explains, “Our goal is to hunt down your local Sex Trafickers, Child Predators, and Pedophiles from all around our great country. All the information we gather is turned over to that subject’s local authorities or the FBI. We are here to keep our children safe and all parents aware!”

Still, Wait is outraged, as he should be.”He said very inappropriate things…like I said on the video, asking about sexy bikini pictures. Why would you ask that from a 14-year old?”

Typically, the group does not initiate contact with would-be predators. Instead, like the officer on the video, unwittingly stumble into trap profiles by Waits List. “We don’t get alerted to anybody, they come to us. They find our profiles, they friend request us, they follow us. And then they initiate the chats.”

Some menaces to society have to be trapped to come out of hiding. With the help of social media, this has become more plausible, and the guilty should be charged, to say the least. 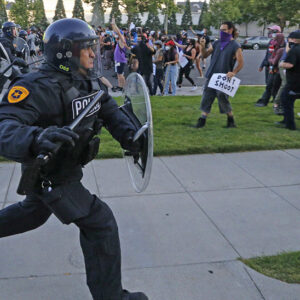 Is There A Crime Surge In America? The Facts Speak For Itself 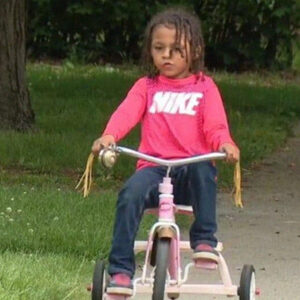 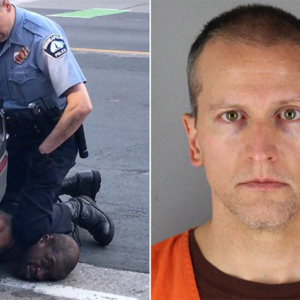